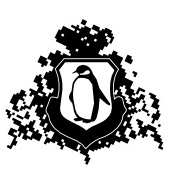 A new edition of the festival is planned and is still pending in terms of our funding situation.
We expect to know more in the next weeks.
Meanwhile save the date and fingers crossed!

Julia del Río uses diverse artistic strategies for interaction with electromagnetic fields for sound performance. Her concerts sonically translate the invisible world of interference and magnetism without musical compromises. Her sound is always a result of various acts of digital communication. She presents the work “Communication Noise”, a participatory audio-visual performance where the artist sonifies the electromagnetic waste produced by cellphone interactions.

The main component used during the piece is a cellphone, a device which is constantly connected at several levels. The choice of the smartphone as an object of the work, allows her to open up avenues of communication with the audience. An acoustic interplay reveals the processes taking place under the surface of the screen.

Wolfgang Spahn is an Austrian-German visual artist based in Berlin. His work includes interactive installations, miniature-slide-paintings and performances of light & sound. His art explores the field of analogue and digital media and focusses on both their contradiction and their correlation. That’s why he is also specialized in re-appropriated and re-purposed electronic technologies. Spahn’s immersive audio-visual performances merge the technically distinct production of images and sounds. In this respect the data stream of a digital projector becomes audible whereas the sound created by electromagnetic fields of coils a

nd motors will be visualised. Spahn is fascinated by patterns and structures, be it in graphics, photo, video or electronic technology. He seeks to carve out the beauty of disruption, thus subverting the perfect surface that contemporary new media industry is trying to achieve. For his creations he explores the abilities of hardware, constantly pushing its limitations in order to make it serve his artistic concept. Recently he eveloped analogue synthesizers as well as analogue computers and analog neuron networks and uses them to create abstract light-and-sound-sculptures. Spahn teaches at the Professional Association of Visual Artists in Berlin (BBK-Berlin) and is associated lecturer at the University of Paderborn, department of media studies as well as at the University of Oldenburg, department of art and visual culture.

Antti Pussinen (1984,Finland) is a visual and a sound artist working on multiple mediums. He’s artistic work currently uses analog and digital electronics to recreate impressions of phenomena found in nature and the universe. He’s works have been shown for example in Kiasma Contemporary Art museum of Helsinki and in Center for Architecture in New York. He Lives and works in Berlin, Germany.

Edit the distances” is a live coding piece enacted in a special webstage: @maps/space/moon/ (outsourced). The web browser serves as MainStage for a series of a actions written in Javascript and triggered by the performer and coder Joana Chicau. In computation linguistics “Edit distance” is a string metric operation, the edit distance between two words is “the minimum number of single-character edits (insertions, deletions or substitutions) required to change one word into the other.” [more info at: en.wikipedia.org/wiki/Edit_distance]. This piece explores the distance between words and its meaning, the space and the text, objects and functions, language, technique and imagination …

Joana Chicau [PT] is a graphic designer, creative coder, researcher – with a background in classical & contemporary dance – currently based in The Netherlands.

Welle Linz: with this project the two artists Jens Vetter and Stefan Tiefengraber set the audience in vibration with a melange of pure melodies and electronic noise. The pieces tempt to sing along but also to dance. The forthcoming album „Dreck“ spans an ironic arc over everyday problems with technology until how far they affect our lives and determine relationships („She is offline…“). An inner monologue we all know, Vetter gives us such a voice and screams out what we always wanted to sing out loud. At the latest at „Posten…“ you want to record a video of the two and put it online, merging it with what is presented and making the moment unforgettable.

Their Dogs were Astronauts, 15GB, A Somerset Parade, False King

The Toasters, Skip It, Jack Disconnect

SILK Fluegge „All in/on all“